I think that’s a popular Instagram hashtag – #nofilter … #Iwokeuplikethis. But that’s usually in reference to an amazing picture that claims to be unedited, even when it really is.

Last week I was due for my annual microblading touch-up because #eyebrowsarelife, y’all. That means, my drop dead gorgeous microblading friend is going to be thisclose to my face for two hours, concentrating on said brows. Then she’ll post the before and after as always and put it on her Instagram feed.

So in preparation for my appointment, I woke up with a nice, big zit right next to one of my eyebrows. I don’t think I’ve had a single breakout in over a year since a farmer’s market chocolate binge. But there it was. No reason at all except to laugh at me.

I ambulated from the bathroom into the kitchen to make breakfast, grumbling to myself about how unfair life is. After breakfast, I sat with the 7 year old on the couch waiting for his bus to come. Out from bed and down the hallway came my delightful, chatterbox 3 year old. She perched herself in front of me and rambled to her little audience for a few minutes before stopping in mid- toddler speak.

“What is THAT?!” she asked, pointing to my unfortunate and unsightly overnight growth. Thank God for 3 year olds to direct your attention to what you obviously didn’t notice!

I texted my friend/drop dead gorgeous microblading artist and told her what happened. I mean, she was going to notice anyway.

Fortunately, she does have a filter app on her phone… 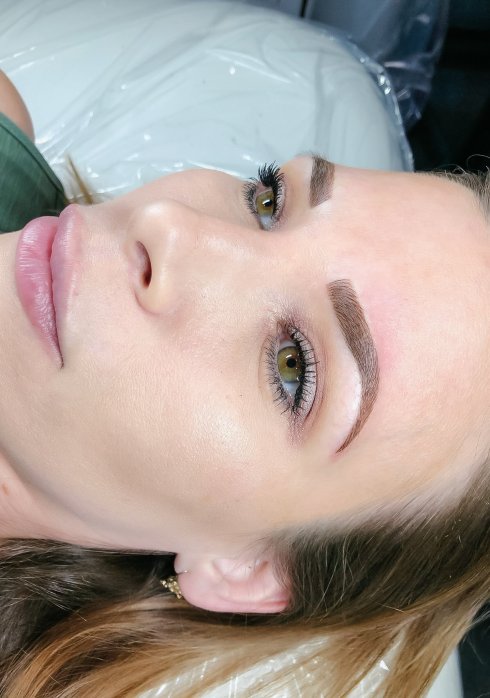 This one is trouble. He’s illegally adorable, extremely loveable and very smart.

Why are these things bad?? 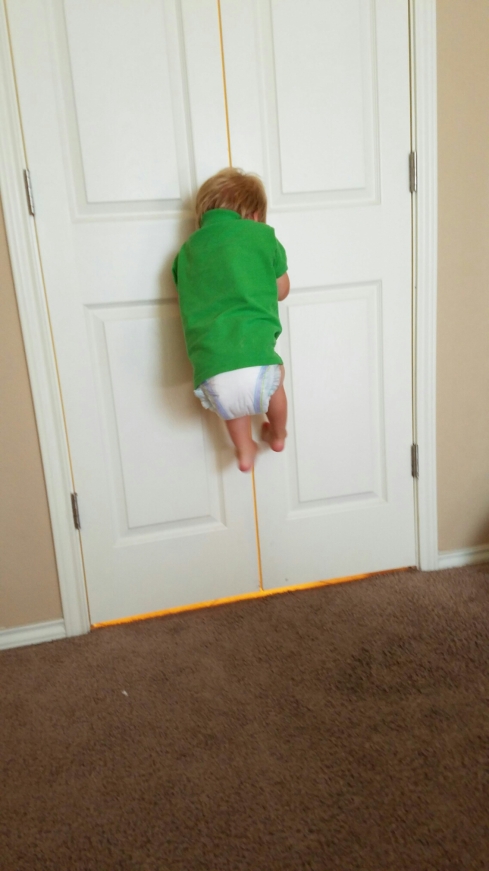 The Purpose Behind the Struggle

As you readers know, I took a small leave of absence from blogging. I’m not sure what I had hoped to gain from the time away, if anything, but I know that I was quite overwhelmed when I made the decision to leave.

Not much has changed since then. I’m still overwhelmed most days. I still homeschool my oldest four and chase the younger three. As my husband has moved jobs several hours from us, I have spent the last few months as the sole adult in the home. I collapse into bed with my four year old, who is afraid to sleep alone, no earlier than 11pm every night. I wake up exhausted and burnt out. I struggle to find joy and purpose in all things now. Life is in limbo…

But this afternoon I went to a graduation. Before yesterday, I didn’t even know about it. The girl is the fifth of six homeschooled children to graduate. I’ve known the family since I was in elementary school, but only recently have we reconnected. The girl’s mother has been a blessing to us this past year, so when I found the invitation in the mail yesterday, there was no question as to whether or not I would be going.

The speaker,  Tim Lambert of the Texas Homeschool Coalition , was inspiring. The fact that I was able to listen to him address the parents, graduates and guests, was a blessing, as I usually can’t focus on anything other than three toddlers. But as he spoke words of encouragement for us all, I felt a sense of peace in my struggle.

I may wake up many more times throughout the next 16-18 years questioning myself, and that’s normal. Taking on the raising of children, no matter how many you are entrusted with, is a HUGE job. Overseeing their education is also no small feat. I know that I will meet certain challenges because of my kids with special needs, family issues, and life in general.  But I also know that each day I must get up and continue. It’s the most worthy of endeavors. Our children are the future.

This act of sweet brotherly love comes on the heels of missile-sporting cows and armed frogs.

My little boy, who just last year was the baby, is now a big brother (if only slightly) to his almost 9 month old sister. Tonight, in what I thought was an act of helpfulness as I prepared to diaper baby, he retrieved a diaper from the drawer.  I said “thank you,” as I tried to take it from him. But he quickly tucked it under his arm where he also had his sister’s doll. In his budding two year old language, he said, “No. Mine. Noura.” How sweet – the doll seems to share its owner’s name. And with that, he plopped onto the floor. He carefully watched as I diapered real baby and then proceeded to diaper his baby ♡ 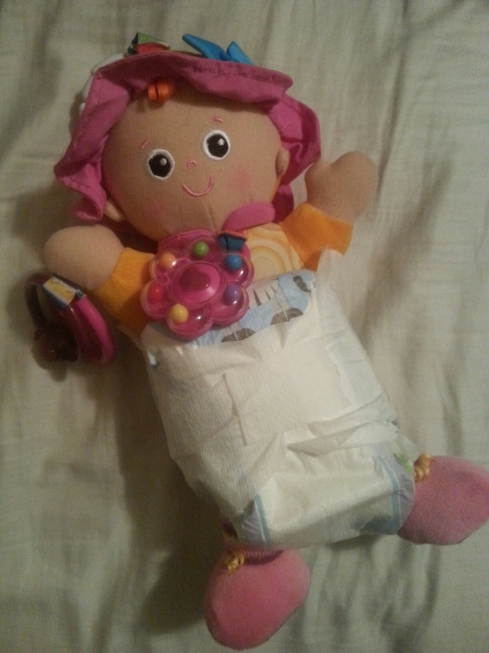 Let’s see…. epic tantrums from the nearly four year old and freshly turned two year old… a dishwasher AND oven break one month after their warranties expire (at the same time)… No wine…. It is definitely time for something laugh – worthy. Even at 10pm. 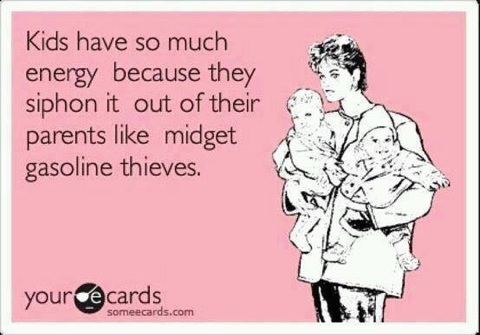 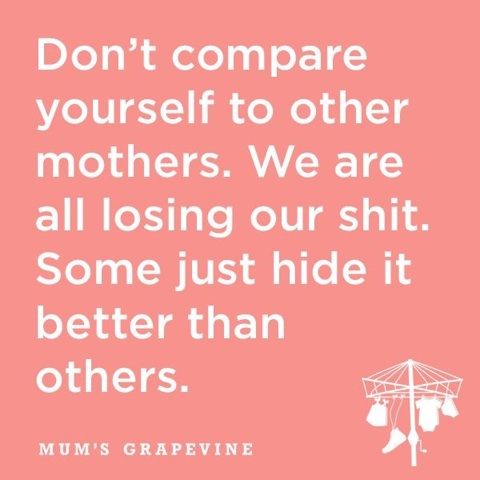 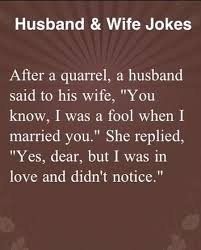 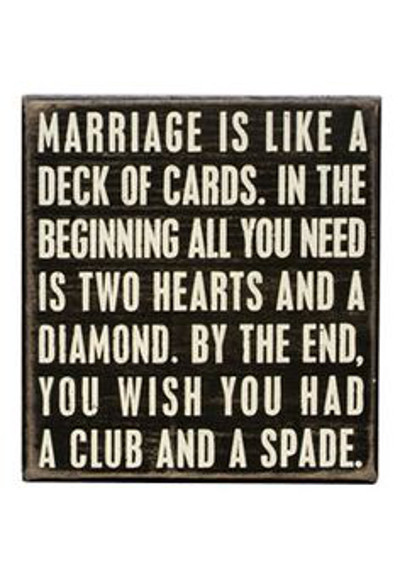 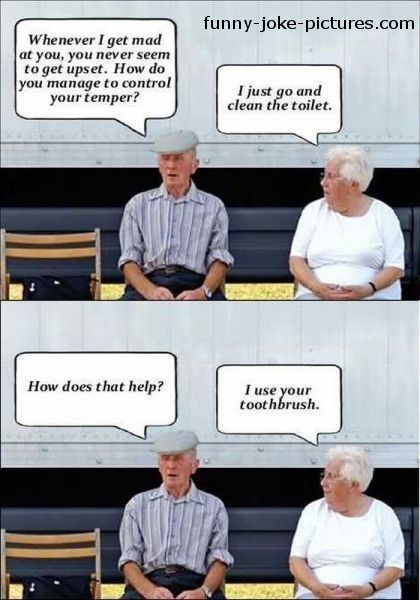 I’ve been laughing over these parenting memes all week when I needed a cheap thrill while our house recovers from nasty cold. So I apologize for hoarding the gems previously, but here you go. And you’re welcome ♡♡♡ 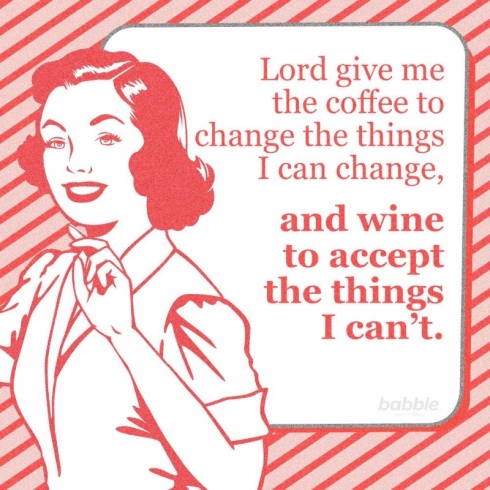 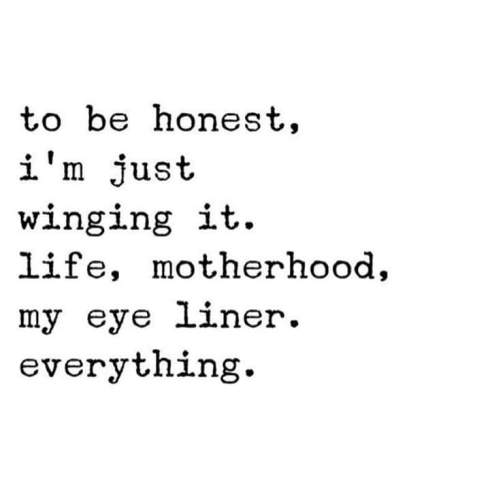 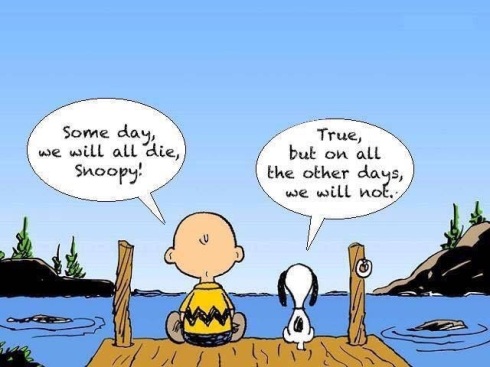 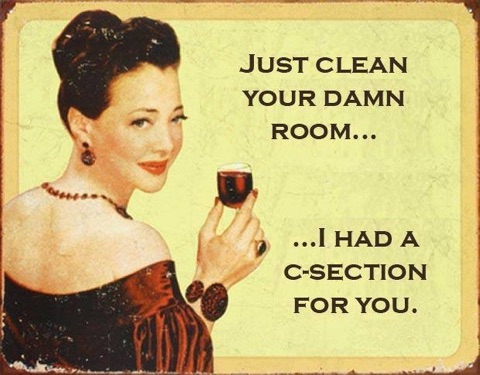 Also Posted on my other site: Homeschooling the Minds of Tomorrow

This weekend, we rented the new Pixar movie, Inside Out. And while I enjoyed the movie just as another great flick by the studio, I couldn’t help but relate it to very real emotions in everyday life.  I know that sometimes (especially in the postpartum days!) I feel like there are different emotions in my head all fighting for control.  And some days, it seems as though Joy is lost (which is what happens in the movie).  Another interesting thing I found was how the happy core memories can become sad memories, if we are missing them, such as the case with the main character,  Riley. I have found this to be true many times in my life:  Something that was happy at the time now makes me sad to remember because I miss the time or the person.

Today, I began looking on the internet to see if I was the only one who had this thought.  It turns out, there is a website called the Helpful Counselor that discusses 20+ counseling themes found within the movie.  The website’s list covers details under each category, and also offers additional resources for helping children sort through the complexity of their emotions.  With babies, toddlers, in-betweens, a pre-teen and a teen, there are emotions all over the place at my house! I highly recommend the movie and the site.

I’m sure it’s getting a little old by now, but this was too adorable not to share.  I’ll try to stop posting about my little boy and the puppies…. unless he does something else ridiculously cute 😉

He very carefully filled the food bowls with dirt. It actually took him about ten minutes, which is an impressive amount of time for an 18 month old. Then he carried the bowl slowly up the stairs, so as not to spill, and “fed” the puppies. They sniffed at it and sniffed at him. Then he tried to assist them by pulling some dirt out of the bowl and putting it on the ground. 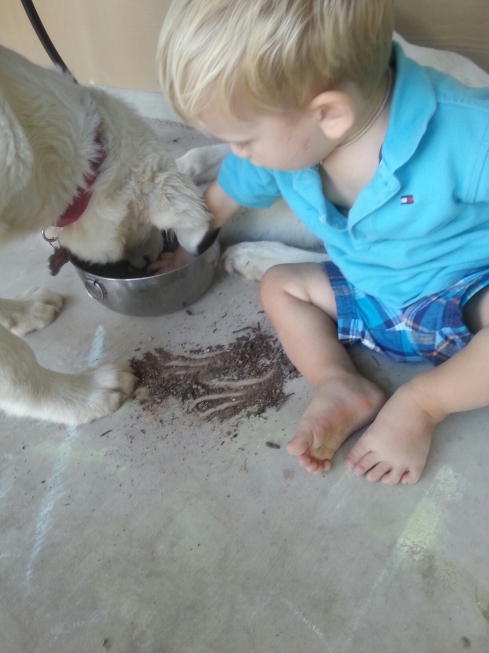 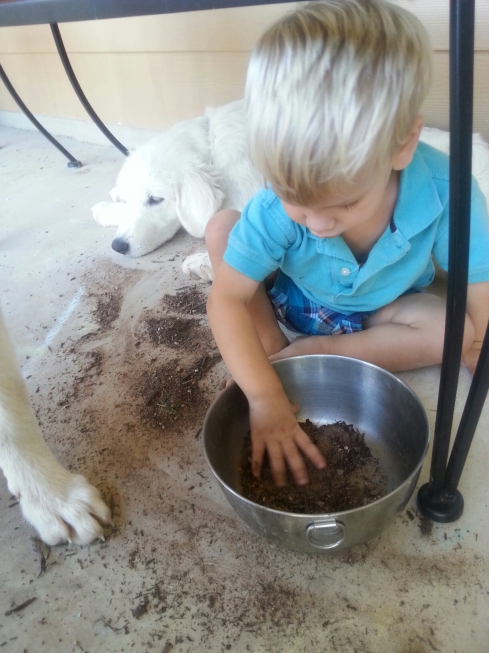 Less than ten hours ago, my little three year old had been having a very rough day. They happen here and there, and oftentimes, I cannot figure out the initial source of the problem, so to speak. Maybe for the small, autistic child, the trigger can be as simple as not enough sleep, or as big as a series of frustrating,  unvocalized events.

But for now, my sweet little one is sleeping peacefully in my bed. I think all children have the countenance of angels when asleep, but his face seems more at peace than my others.

Yesterday was just a frustrating day for him. I also made the mistake of taking him to Michael’s craft store before lunch and naptime. I put him in the cart and all was well… until we got to the checkout line. It was there that he fixated on some giant letters and had to have them. I had forgotten to buckle him into the cart, and suddenly found myself scrambling to keep him from a nasty fall. He saw the letters and had to have them…

With a baby strapped to me, I tried to wrangle my very strong, and now determined child.  Getting him back into the cart was impossible at this point. And keeping him upright quickly became impossible too. He threw himself to the floor while I held to his arm. He screamed as if someone was hurting him. The line around me was awkwardly silent. Only The little boy in front of us spoke – he told his mommy that my child was being a very bad boy.

I should have just left. I’ve done it many times before… stores, appointments, other places… but selfishly, I was also determined to make my purchase. And I did, with much difficulty and more awkwardness from the lady checking me out.

We made it out of the store, but getting him into the car seat was another battle. This child is strong. Once he was in, he sat there sucking his thumb, his breathing heavy and labored. I put the baby in and helped my daughter in, then I sat down. To collect myself. To breathe. I was shook up as much as the child in the seat behind me.

But when I looked back at him, there was something that makes me cry as I write this and as I look at him still sleeping peacefully… his eyes were calm, not wild as one may assume after such a struggle.  In fact, it was through those beautiful, calm and peaceful eyes that he spoke to me without saying a word. I can’t really describe it… maybe another mommy out there has experienced something similar. But it was almost a look of relief. He wanted out of that store as much as I wanted to disappear from it. He was safe and calm in our car now, despite his fight to get there.

We sat a few more minutes, just looking at each other without me saying a word. He kept perfect eye contact. And when he finally turned away to look out the window, I knew he had “said” enough, and we could drive away.

Just when I thought all hope was lost and I would never sleep again…. Little baby gifted me on her three week birthday with SIX HOURS of unbroken sleep! It was amazing! So when bigger baby woke up at 6:30, I didn’t cry over another all – nighter. Instead, I put them both in the jogger and took a nice, early morning walk. It, too, was amazing 🙂 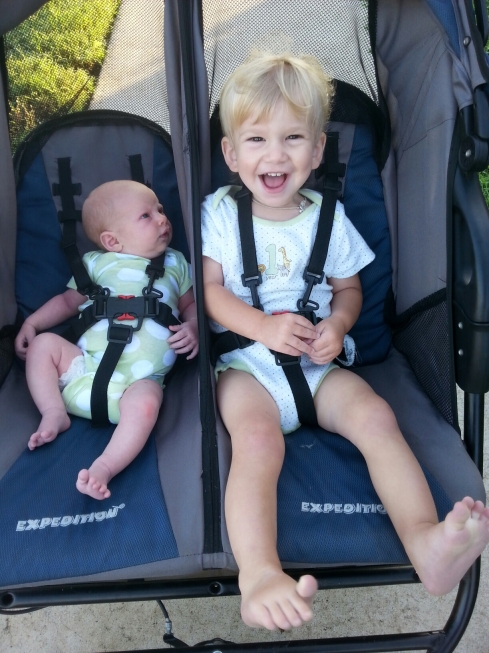